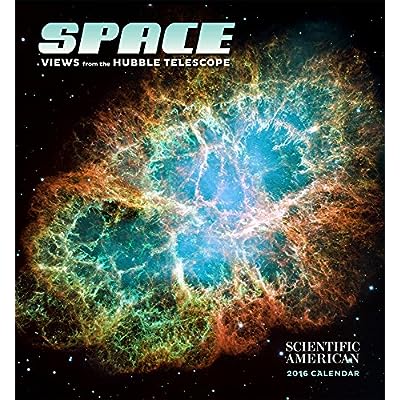 Space Views from the Hubble Telescope Wall Calendar: Since its mission began in 1990, Hubble has allowed greater understanding of what lies beyond our atmosphere. Each of Space Views from the Hubble Telescope 2017 Wall Calendar?s twelve unbelievable images is accompanied by a description of the celestial phenomenon depicted. Important dates in the history of space exploration, as well as this year?s solar and lunar eclipses, and major meteor showers are noted throughout.A must-have for the astronomer in your lifeDescriptive text accompany each imagePrevious and next month viewsObserves major holidays and moon phases Read more

Lunar 2017 Wall Calendar: A Glow-in-the-Dark Calendar for the Lunar Year